Dr. Theda of Dr. Theda's crypt has graciously sent me the Minions of Misery post to pass on, in which we are to list a dark book, a dark movie favorite and a dark secret about ourselves. In viewing some of the other recipients, I am very impressed with the detail and writing of many talented bloggers. I'm sure that my post will not be as "cool" as some of the others that I have read. It has been a rough year in Deadwood, as being the sole proprietor of a small business in todays economy has proven to be a struggle. So much a struggle, that the Deadwood Cemetery is in danger of not happening this year. It is a shame when the "horrors" of the real world take over the "horrors" of the season.  With that said, I will share what I can and hope that it is not too lame compared to the other recipients. 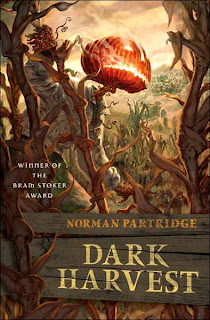 I was pleasantly surprised by this book when I purchased it on a whim from Amazon. Although not very long of a read, the pace of the book takes off from page one and never stops. Partridge uses a different narrative style, talking and almost taunting the reader throughout. I found this approach very refreshing and sometimes creepy, almost like an introduction by Stephen King. You know the kind, where he takes you by the hand into some dark place. A great Halloween story which takes place in a small midwest town that keeps a very dark secret of its own, Dark Harvest supplies all the mood and detail of the season that you can almost smell the smoke and leaves. Partridge also creates a character of legend which the story revolves around called by some, "the October Boy" (the birth of my screen name)
Although a frightening character, he is also formed by circumstances which are not in his control, and creates a multi layered and conflicted anchor to the story.

DARK MOVIE
I don't think that I really have to say anything about this movie that everyone has seen. I tried to think of one that was a bit more obscure to share, but I saw this again the other night and the "creep" factor never seems to lose it's strength. The Buffalo Bill character is so off the rails, and combined with a basement that seems to have fifty or more rooms, it creates quite a nightmare sequence. 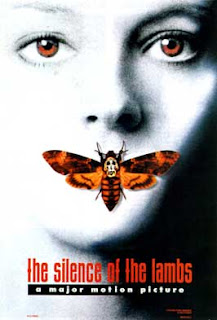 Now for the hardest part. There have been so many great stories by others, that I have thought long and hard to come up with something...and I'm afraid like others, I don't seem to have anything that is dark.
Just your usual midwestern vanilla life. So this is not really a "dark secret", but a story that I have not thought of in probably forty years, and it made me smile.

Growing up with a field behind our house, many summer days where spent exploring and turning over numerous rock, looking for snakes or anything else that we could find. On one particular day, while searching the brush, my friend Bill and I discovered the king of all serpents. (It was just a garter snake)
but it was the largest snake we had ever uncovered..and we caught a lot! Just the sight of this giant made both of us yell, and Bill, who was carrying a piece of discarded shingle, panicked and threw it at the snake. Unfortunately, he had great aim and almost sliced the monster in half. After a few minutes of silence and shock, we decided to take the great beast back to Bill's yard and discuss our options. A prize like this was no good dead, so our young minds searched for a way to reverse time or bring life back to the creature. We both were die hard universal movie fans, and our thoughts soon turned to none other than Dr. Frankenstein. After all, you could bring life with just a bolt of lightning right? And with a snake, it probably would not take as much... maybe just a 9 volt battery and some wire. So our task had been set, and we went about our assignments, gathering the materials needed. Bill decided that we should probably do it at night, and I agreed. All things like this should be done in the dark.
When we returned that evening with our re-animation supplies, we were surprised to find the creature gone.
Of course the adult mind now would come up with a dozen explanations as to why it disappeared, but as a boy standing in the dark, the only explanation was that the serpent returned to the field, and we would have to watch our steps and be wary of its revenge.

theembalmersnightmare.blogspot.com
Posted by The October boy at 11:30 AM 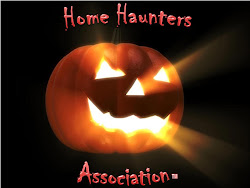